Valor is a virtue reserved for a select few… knights in shining armor, pilgrims in foreign lands, patriots protecting their country, and one former Mead Hall basketball coach.
Meredith Legg wasn’t just any basketball coach. She coached our middle school girls basketball team to their first winning season, their first league championship…and their second!  She was a record-setting, all-time high scorer at USC-A.  She was Number 24.

Though Meredith was diagnosed with a rare form of melanoma at the age of 22, she refused to let cancer define her.  She kept loving her life, living her dreams, trusting God, and inspiring all who knew her.  When she died three years ago, Mead Hall established an award in her memory to honor a female basketball player who exhibited the faith, positive attitude, and determination Meredith possessed.

Last Thursday at Mead Hall’s winter sports award ceremony, Meredith’s parents, Basil and Robin Legg, presented the 2017 Meredith Legg award to Sydney Toole.  Sydney began playing for Meredith as a fourth grader.  The skills and the character that Meredith instilled in her players lives on in Sydney, her teammates, and the Mead Hall basketball program.  The seeds of valor have been planted; they have grown strong; they are bearing much fruit.

You have to give your best every day and never give up. On February 24, 2017, 3 years after Meredith’s passing, USC-Aiken Jersey #24 (Meredith’s number) was gifted to her parents in a moving ceremony.  Read more about this emotional and special celebration of Meredith’s life here

Still  so many tributes to you on Facebook and otherwise.  Memorial walks and runs in support of great causes and in memory of one so special.

Always in our hearts and thoughts.  Never forgotten.

16 months ago today we lost our sweet Meredith and this morning,

James 1:17
Every good gift and every perfect gift is from heaven
Jeremiah 29:11
For I know the plans I have for you

We wish this new precious boy a lifetime of love, good health and happiness and know that he will be a testament to his guardian angel.

9 months ago on a Monday just like today, with Carolina blue skies and the warm sun, our sweet Meredith went to be with our Lord. 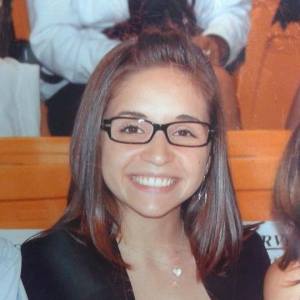 When tomorrow starts without me and I’m not here to see.
I know how much you love me as much as I love you. And each time you think of me I know you’ll miss me too.